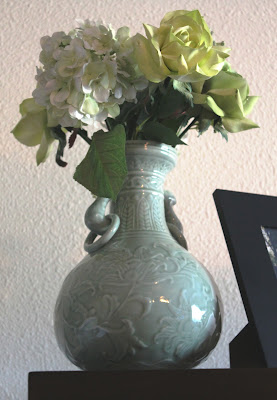 Somewhere in between having a baby and starting this blog, my entertainment center got completely out of control!

I considered not showing a before pic, or fixing it up a little first.  But I decided to keep it real.  Here it was earlier this week (click on the pic to make it bigger): 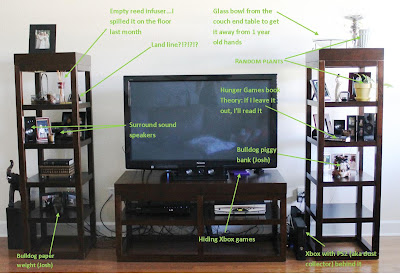 It's an overcrowded, mismatched, dark mess.  It started out pretty symmetrical with ﻿stuff we already had, but there was no clear theme or color scheme.  Just mostly...brown.  The yellow pot you see is a recent addition since there's good sunlight there, and it's high enough that Monkey won't get his little fingers in it.

Another bothersome feature is the wire mess.  We never got around to cleaning them up or hiding them very well.  But that's a job for Josh, so I'll try to ignore them for a little while longer.  The play station and Xbox to the right of the TV are also an issue for me, but I'll deal with it until we move.

Here it is after I did some shifting around the house. 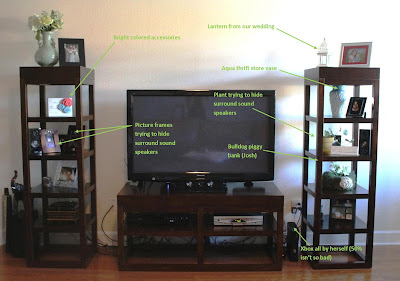 I de-cluttered, added some color (particularly the color du jour, aqua!).  I managed to convince Josh to put the PlayStation (2!) away since it hasn't even been plugged in since we moved in 2 years ago.  The Xbox is awesome, and we actually play with the Kinect a lot, so it's a keeper. 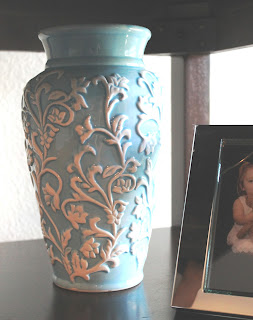 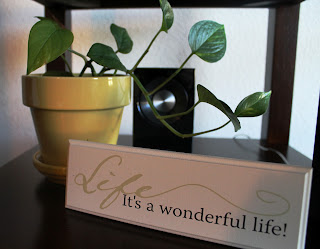