My daughter's preschool at Kennedy Space Center had science week a while back, and one of the assignments (yes, she's 4 and has homework!) was to create an invention.  It was hard to not totally go overboard and build a satellite or something, since the majority of the parents at this daycare are NASA scientists and engineers, but I recycled an idea that my mom did with me in kindergarten.  We invented (more like created) a barrette book. 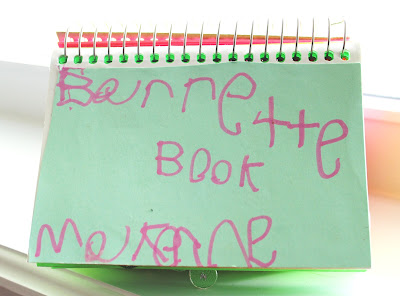 It was so easy for her to do, and cost very little, most of which I already have on hand.  I bought the notebook with colored note cards at Walmart (I think it was $3.99).  A rainbow one would have been better than neon, but that's all they had and we made it work by gluing construction paper cut to size of the missing colors.  This brought in a little problem solving, as most prototypes aren't perfect the first time around. 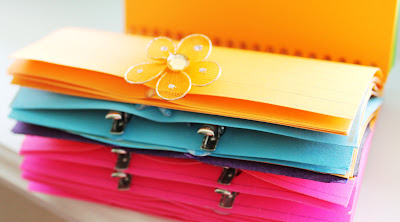 We used a hole puncher to to create holes, one or more depending on how many matching barrettes we had.  Now her barrette's are organized and easy to find! 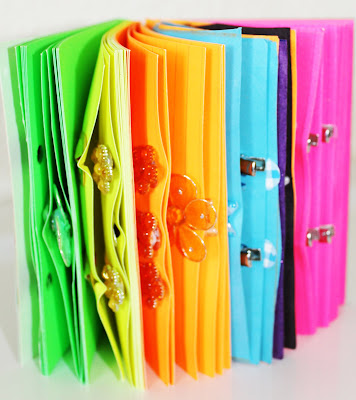